The practices of Yoga are designed to strengthen your vessel, to help make your body and mind strong enough to hold your awakened Kundalini. When awakened, it illumines your entire being, both the outer and inner worlds, both “higher” and “lower” realms. Kundalini brings wisdom, creativity and heightened awareness to your actions and feelings. It allows you to explore the fullness and magnificence of who you are within, and reveals your seamless unity with the world around you. Because we are habituated to looking outward and being drawn away from ourselves, the classical yoga teachings emphasize cultivating the upward movement of Kundalini, from the base of the spine to the crown of the head. Images of enlightenment are often associated with Kundalini becoming seated within the Sahasrar, the mystical space in the crown chakra. However, the awakened Kundalini moves freely both up and down the subtle body. You also align with this power to enliven your life in the world; to infuse it with power, grace, purpose and wisdom, so that you may give your gifts to this world with your complete faculties.

Sexual energy is a form of Kundalini. Engaging in sex gives you a taste of divine ecstasy and is a nearly universal element of every modern marriage. On a basic level, it serves many purposes. It creates a deep bond and reinforces your connection. It brings you into a space of vulnerability and intimacy that shortens the distance between you and your partner. It cuts through petty disagreements to forge a shared space. The ecstasy of orgasm gives you a taste—however momentary—of the inner union, of Shiva and Shakti. All couples have practiced some form of basic sex, and this is all well and good: it is a part of both reinforcing the vessel and kindling the fire of love that burns within your marriage.

However, there is a steep price to be paid when you practice sex this way. Ayurveda states that there is a vital energy, ojas, that is created and circulated within your body. It brings vitality to your health and feeds your Kundalini energy. Ojas is consumed by orgasm. Esoteric teachings posit that expending the sexual fluids more than once a month will drain you of the energy you need to meditate, to feed your Kundalini’s unfolding in your being, and to maintain your health and vitality into old age.

Modern understanding of the body sheds light on it from a different angle. Lovemaking and affection in general produce an array of hormones in the body that promote desire, bonding, openness, and satiation. Just by being passionately affectionate, you receive the hormonal benefits of sex. However, when you have an orgasm, your body also releases satiated hormones. Your neurochemistry is wired to shut down desire and connection, and as a result you feel flattened, shallow, and mediocre. You cannot revive the feeling of aliveness simply by having more orgasms, either. You have to let the hormones subside, and this takes weeks for the body to do.

From either an Eastern or a Western perspective, therefore, ordinary sex, while delicious in the short term, is a bliss defined and bound by your body and senses. As long as you undercut the power you need to channel sexual energy into your highest consciousness, awareness of union with the highest will be elusive. Your inner attention will tend to be weighted towards neediness, pettiness, and ego, and be less free to explore higher realms.

Sex presents the married sadhaka with a dilemma. Sexual intimacy is indeed the expression of Kundalini and is one of the most powerful forces you will ever experience, and it cannot be ignored. Yet how do you engage with it without undermining your capacity to transcend the grip of the senses and dissipating your focus?

We will consider two deliberate and disciplined sex practices here: Brahmacharya (celibacy), and an intense practice of sex, abstaining from orgasm. Both paths cultivate and magnify your Kundalini Shakti in different ways, and both practices have challenges. If you refrain from sex you risk cutting yourself off from your partner and from your own creativity and inspiration. If you play around with sex, you risk being ruled by the fire of desire. And if you actively cultivate sexual energy, whether through abstinence or by a sexual practice, sexual energy moving in you will reveal the knots that cut off your natural flow of energy, the places where your marriage remains unexamined and bound by unhealthy habits and patterns. It will intensify your sadhana and you will understand why people readily choose shallow, diffusing sex instead of doing the hard work required to engage sex more powerfully. While you may freely explore conscious sex as a new couple, the maturity gained from years of prior intimate sadhana together will provide you with a stronger foundation on which to base your practice and vessel to contain the energy you unleash. We have encountered few couples who have truly mastered either of these approaches. That is not to discourage you from trying; the rewards you enjoy are considerable.

With deliberate, disciplined practice it is possible to cultivate sexual energy so that it manifests radiance, grace, and wisdom in your marriage. The power flowing between the two of you will be like the flow of Kundalini within yourself, between your inner poles of Shiva and Shakti. As a couple, you can work with this energy and use it to burn the flame of love more brightly. You will walk through your days as if your heart were in a sustained state of love, or as if you were making love to all of life. The sexual energy can intensify and empower your other sadhana practices and the giving of your gifts to the world. Like tuning two strings on a single instrument, you become potently and finely harmonized with one another. The expansion of light and love within yourself individually is played out within your marriage. Just as a yogi becomes illumined from the power of Kundalini within, your marriage will uplift and illumine the world.

It should be mentioned that there are esoteric practices from some schools of Yoga that reverse the flow of semen and raise the energy of orgasm upwards within the subtle body to the crown of the head (Vajroli mudra), and involve moving energy between you and your partner’s bodies while you are engaged in sexual union (Maithuna). These must be taught by a qualified teacher and are not discussed in these essays. Also, the term Tantra has been widely adopted and subverted by popular culture to confuse a spiritual tradition with indulgent sexuality. It is true, some esoteric Kaula Tantra traditions include sexual ritual as a sanctioned yogic practice. However, those same schools also embrace radical actions such as meditating next to dead bodies and drinking menstrual blood; few purveyors of modern “Tantra” would readily embrace and recognize these practices with the same zeal as they do sex. These essays do not purport to discuss sexuality as Tantra in a narrow sense, recognizing that Tantra is an intricate philosophy that encompasses – and especially embraces – all aspects of life and a disciplined sadhana, not merely one limited act. Instead, these essays reflect a confluence of the modern cultural embrace of sex with the ancient principles of Yoga, and explore ways they can be interwoven powerfully in our experience. 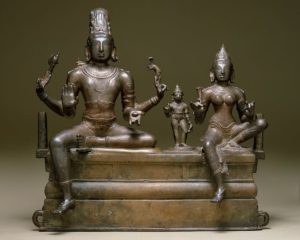